Thunderstorm clouds may discharge directly to the ionosphere in spectacular luminous jets – the largest electric discharges of our planet. The properties of these “giants,” such as their polarity, conductivity, and currents, have been predicted by models, but are poorly characterized by measurements. A recent observation of a giant, fortuitously illuminated by an unusual sprite discharge in the mesosphere, allows us to study their electric properties and effects on the atmosphere-ionosphere. We show from a first-principles model of the combined giant and sprite event that the observations are consistent with the nature of the giant being a leader in the stratosphere of line charge density ∼0.8 mCm−1 and of multiple streamers in the mesosphere. It is further shown that the giant modifies the free electron content of the lower ionosphere because of electric field-driven ionization, electron attachment and detachment processes. This is the first time that sprites are used for sounding the properties of the mesosphere. The results presented here will allow evaluation of theories for jet and gigantic jets and of their influence on the atmosphere and ionosphere. 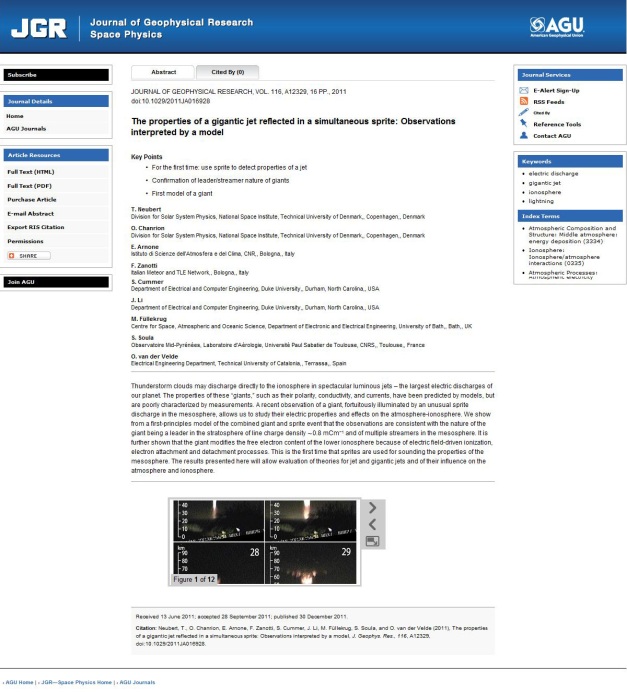